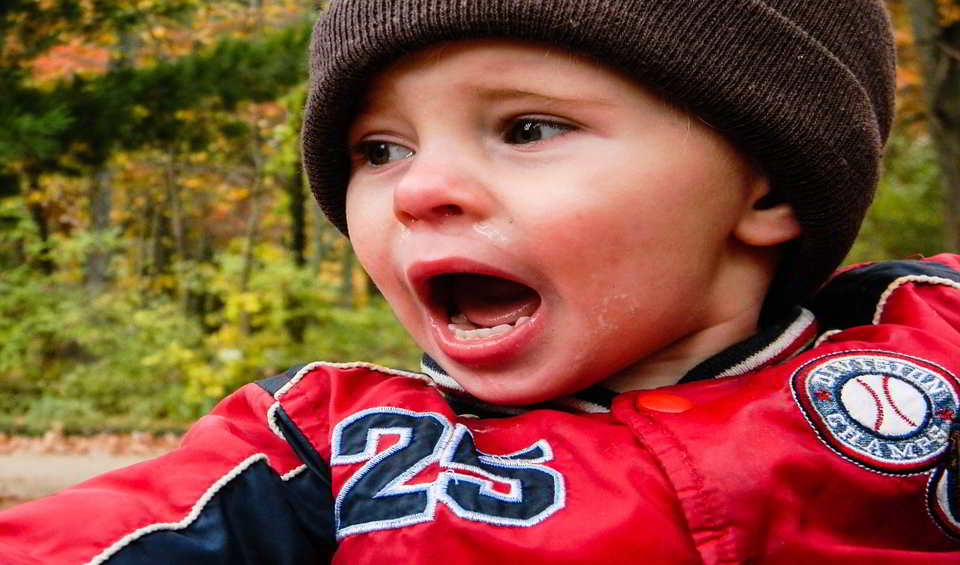 Some babies are insanely stubborn – this can be worse if the child is strong willed.

Worst of all, such kids are generally challenging to discipline..

They’re not just defiant – they often throw tantrums and will sulk for hours if you try to enforce rules.

The truth is: Most kinds of punishments rarely work with strong willed kids.

This can be stressful to a parent, guardian, or even a teacher.

Now, when it comes to disciplining, what works for a strong-willed one year old may not help for a 5 year old because they’re at different developmental phases.

Similarly, what may work for a 7 year old won’t always be helpful for a 3 year old with an iron will.

In this article, we look at how to discipline a 3 year old who is strong willed (a my-way or the-highway type).

Below is how to discipline a 3 year old who is strong willed and difficult when smacking him/her (we all hate doing it, don’t we?) won’t bring him back to his senses:

Do reward charts (You do X, You get Y)

If you haven’t tried it, go ahead and give a try to rewards chart since it’s simple and it can be at least marginally helpful.

Designate for him or her a “calming down” spot

Get a spot where he/she will be going for some “cooling down” time- It can be anywhere quiet in the house.

You will be instructing her to go sit down there until they bring themselves back under control(they can even go lie on the pillows and cry as much as they want).

The key is here: Let them know it’s all right for them to feel the emotion (and express themselves).

So anytime your son or daughter acts horribly, you try not to have a reaction (you must limit your reaction as much as possible) and immediately send them there.

Once your baby calms down, they will be able to take a deep breath and listen- you want to have a small talk regarding why they can’t do that or have something.

If sending them to their room for a couple of minutes does not make them the nonsense, try counting to three..

So you will be like “Hey Jack..Listen here: If by the time I’m counting to three you won’t have stopped this mischief, you’ll get a hard smack”

This is worth a try even when you’re out..

Let’s say they have picked something in the store and they won’t return it (yet it wasn’t in your budget).

You just tell them this: “Look Hovey: If by the time I’m getting to three you won’t have behaved, we will go straight home”

If your kid is more stubborn than anyone you’ve ever met, try to capture a photo of him/her acting crazy when they next start to get loud and wild.

You then show him/her how horrible they look like when they’re tired, angry, or frustrated.

Yeah, I know it sounds ludicrous but trust me: having your kid see how awful they appear when acting badly could just short circuit his/her mood.

Keep in mind that you again need to remain very composed as you take the picture (be very calm and do not show any emotions).

I know this also is a little weird but it’s worth it- When your girl or boy gets worked up, just try to hold them tight and hug him/her.

Most importantly, let your baby know that you understand their feelings perfectly (and you sympathize with them).

Be sure to revisit their feelings when the hug/quiet time session is over – your mission now is to dig into what they’re struggling with, get a solution (a better way of handling it next time), and move on.

A friend used to ask their then 3 year old son “have you gotten a monkey mind again?” whenever they started showing signs of getting hysterical and it was working well with him.

Perhaps you can try it and see if it could click with them when symptoms of undesirable behavior show up again.

Quick Tip: The term “Monkey mind” comes from Buddhist teachings and is widely used by psychologists.

Give some control through choices

When a child refuses to do or stop doing something, you feel disappointed and due to the disappointment, you might ask yourself a lot of questions.

Well, usually the real issue here is control so you can try to give your little one some control by offering a limited set of choices.

To be clear, rather than commanding them to do one thing, give them this or that options of what they can do (Ensure the choices are limited, specific, and acceptable to you).

For example, if you want them to have a fruit and they’re becoming emotional because they would rather have a cookie, “Which would you like to pick up – a banana or apple?”

Well, don’t back down..Tell them: “You can pick a banana or an apple otherwise forget about snacking”.

Another example: “Pink or blue dress?” If she doesn’t want either, then no going out!

Now, to make life easy for everyone, ensure you’re all in the same boat – everyone both parents,  grandparents….anyone caring for him or her should be into giving firm choices.

(good team. We were a brick wall of choices, this or that. If you blank, then blank will happen. Everyone had to be on board, us, teachers, grandparents, anyone caring for the kid.

As a last resort, you may take your child to a behavioral therapist if you really haven’t found the root cause of their stubbornness and the behavior persists.

Get referrals about a good therapist from other parents and see if your child will begin to transform once you start the sessions. Still on how to discipline a 3 year old who is strong willed and a my-way-or-the-highway type, there are some important tips that can be priceless.

Three years old kids are working hard to understand how their behavior impacts the people around them.

So if your reaction to a situation keeps changing – for example, one day you let your child throw a ball in the house but the next day you’re livid if they do it, then the mixed signal will mix-up your child.

To avoid that, try to always respond the same way-  they’ll probably learn their lesson after four or five times (just know that consistency is paramount).

Also, make sure they know the consequences of erring and where the boundaries are from the word go.

Then enforce it strictly every single time – If you ask him to pick up his toys, let him know he has two minutes to comply (or he’ll be in time-out for 5 minutes).

Don’t bargain and don’t bribe…..Just don’t let your child’s tactics sway you—no matter how cute or clever they’re (Never give in- you’re the adult and parent and you know what’s best for them).

There are times or situations that make kids overreact – for example, some children act out when they’re hungry, overtired, etc.

For example, if your child tends to be happy and energetic in the morning but is tired and grumpy after lunch, try preparing the child mind for things that they won’t like, for example, not going shopping (or not playing with friends) in the morning rather than during lunch.

The point is: The better prepared a child feels, the less likely they are to make a fuss.

Kids are amazing little human beings – they actually feel better when they know they have been heard so whenever possible, repeat your child’s concerns.

So yes, sometimes be compassionate and get on his/her level and hear them out instead of being authoritative.

Teach Him or Her Empathy

It not a simple task to let your kid understand that something they are taking for fun is not as fun as they think (Think biting, hitting, or grabbing toys from other children).

But it can be a game changer if you have a remarkably strong-willed child.

Put another way, you want them to be empathetic of those they could be wronging through their actions by explaining to them how each action makes the victim suffer.

For example: “When you throw rocks at other kids, it could injure them!”.

This helps your kid see that his or her behavior directly hurts people and teaches him/her to think about the consequences first.

So, those are some of the ways of disciplining a strong willed that has been a thorn in your flesh.

Obviously, there is no one-size-fits-all approach here and the idea is to try the above tips (and others you may think of) and see what works for your case.

Oh, and keep digging in there until you’ve got the right strategy- do not conclude your kid is broken just because these tips don’t change him or her.