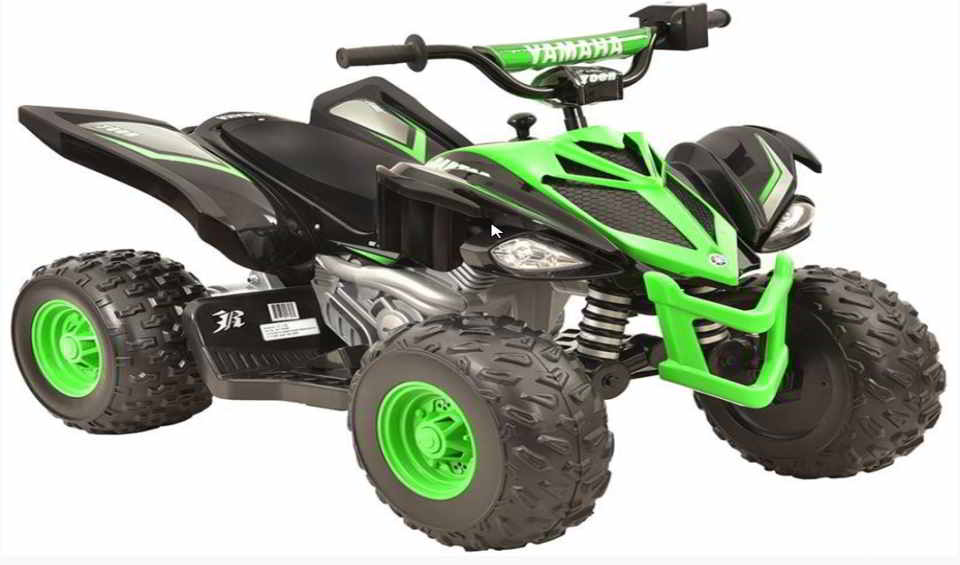 This guide is all about how to troubleshoot a Yamaha raptor power wheels.

We will look at a variety of Yamaha raptor power wheels problems and their solutions.

If this has not helped:

Check if the forward/reverse joystick/switch could be reversed.

If so, remove the shifter then swap your two switches.

If you have charged it properly (you need to charge it for 14 hours for the first time and for 7 hours after each use) and it only goes backwards, you likely need a new shifter.

Switching the shifter is not that tough and it could do the trick.

Now, Yamaha Raptor 12v replacement parts can be purchased at a local store (or from online stores such as Amazon).

How about when it will only go high gear and not low or reverse?

For the most part, the culprit is the shifter as well so order a replacement and see if the power wheels will start to move correctly again.

Check if the plugs to the shifter are installed correctly– reversing the plugs on the shifter on these types of ride-ons usually reverses the polarity on the motors, causing the issue. Check and correct.

If that doesn’t work:

It’s probably one of the relays that has an issue – for example, if a relay has failed, it won’t be closing so it cannot pass power (in forward mode). Use a meter to test them and replace, as necessary.

If no luck even after this:

Try a new Yamaha Raptor power wheels forward\reverse switch- it can be damaged meaning the problem will persist until it is replaced.

Switching the forward\reverse switch is quite easy so this is something even novices can do.

Before going ahead to order a new switch, try the following:

Check the battery connections- make sure they’re all good and tight. Be sure to clean out any corrosion on the connections too.

Check if the battery has enough juice (use a voltmeter)– be sure to charge it properly if it is not charged fully.

You need to replace the charger, if it cannot bring the battery to attain 100% charge.

If your battery is old, it could be time replace it (Check the price of Yamaha raptor power wheels replacement battery on Amazon now).

Replace the thermal fuse- it could have blown due to an overload (check the fuse under the seat).

How to check if a fuse is OK

The fuse should be pulled out of the power wheels battery- use your fingers/needle nose pliers.

You then inspect the inside of your fuse.

Now, the fuse is gone if you notice songs of the metal strip (in the middle part of the fuse) being broken.

Otherwise, the fuse is OK and you need to do further troubleshooting.

Other things to check:

What if it has been sitting unused for long?

If it has been a couple of months (or years) since it was last used and you are trying to figure out what’s wrong with it since it won’t start (or it starts but can’t move), you need to check everything exhaustively.

In other words, check the fuses, motor, foot pedal, the gear shift, and practically every other part.

A multimeter will help tell you where exactly the problem is and you can search for and watch appropriate YouTube videos to make testing easy.

Check for loose battery connections again or corrosion on the connections.

Also check more general tips on how to troubleshoot a power wheels battery that is charged but won’t work in this guide.

If it is very hard for your daughter/son to steer it straight or make turns, then you need to check the installation.

You see, it is important to get the steering column to line up properly during the assembly.

If you didn’t, then you are likely to notice steering problems when your kid rides it and you might need to take it apart and correct the steering column alignment.

Sometimes the problem is just a minor issue- like a battery that is having a loose connection- and it doesn’t make sense to attempt the complex repairs when you have not eliminated all the potential simple issues.